How Aldan developed into Aldan International

1947-1955 Began as a small manufacturer consisting of my mother, father, grandmother and two other workers. Making plastic shower curtains and matching window drapes. My father would hand paint the monograms of the affluent clients on the dinning room table.

1955- It then transitioned into making plastic shampoo capes for the expanding beauty profession. My father Al went into partnership with Dan who was a salesman and knew the beauty trade. This is where the name originated

1957- To make extra money my mother would customize plastic coverings to fit the neighbors furniture and appliances as it was the custom then. During that time her friend asked to created a clear plastic cap as her husband, a hairdresser, was experimenting on her and it was too painful for her to continue. To save their marriage my mother managed to design a snug fitting cap and my father developed a way to make holes that would prevent the hair coloring from seeping through. This ingenious invention became the worldâĂŹs first practical tipping cap (see pics below) 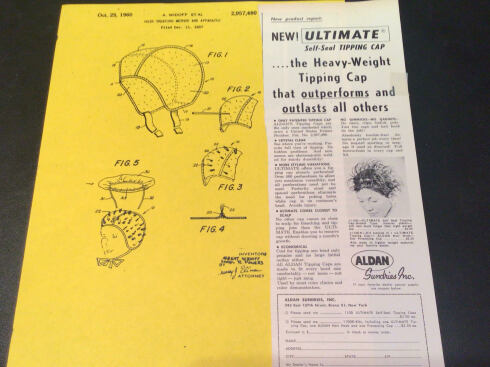 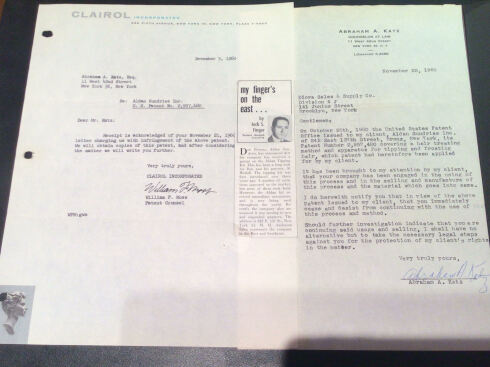 The above inserts clearly show the patent given by the US government for the invention and process and proved its use in the market place. The cost to sue larger corporations from infringing upon our patent was too expensive for a small company peruse.

1971-1976 The business began to falter as Dan passed away and there was no one to promote sales and my father was becoming ill.

1977 - With no other option my father asked for my help. I then resigned a highly coveted position in the department of defense in which I had officers status with full benefits. As a teacher in Frankfurt, Germany I received a housing allowance and able to travel easily around the world.

You could imagine the culture shock of the devastated South Bronx as I witnessed the burned out neighborhoods. Then the horrible conditions of the factory which was rented space on the top floor of a three story walk up with poor light and limited heat. The machines were antiquated and there were only four employees left. Having no income I worked as a substitute in the area and selling what ever I could waking the streets of Manhattan. I learned first hand that if we were to survive I needed to produce what the customers would buy. 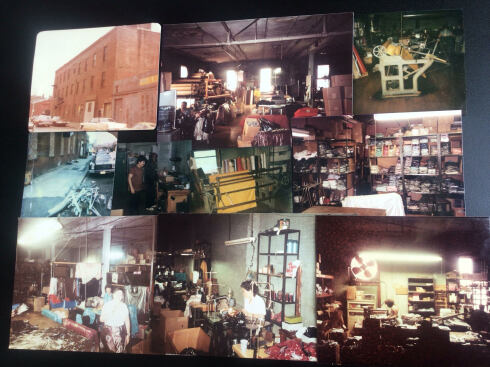 1978- 1981 After selling door to door and learning the technical skills of the workers I decided the most economical means to promote designs was through silkscreening as we could not invest in a large quantity and I also needed to find out what would sell.

1980 -1984 I found Greg Munoz, a graphic artist, and the Designer Cape was born. I cashed in my government pension and developed the next generation of the tipping cap naming it Star Streak (click for link) and Aldan began to rise like the Phoenix I flew out to Vegas with my father to hire professional salesmen at the American Beauty Show. 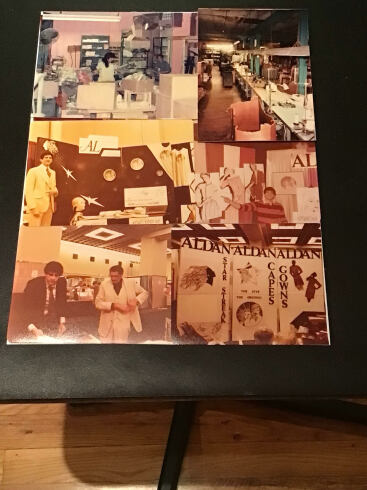 1984- 1990 I implemented several classical prints and developed a robe that could be used for both salon and spas. Our plastic formula was developed through a division of General Motors. Our signature fabric called Peach Skin was instrumental for our luxury line of robes which was soft to the touch and resistant to stains. We also invested in a waffle cotton weave and made robes for both Elisabeth Arden Red Door Spas and Dermalogica. 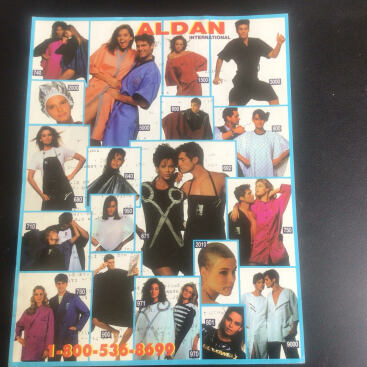 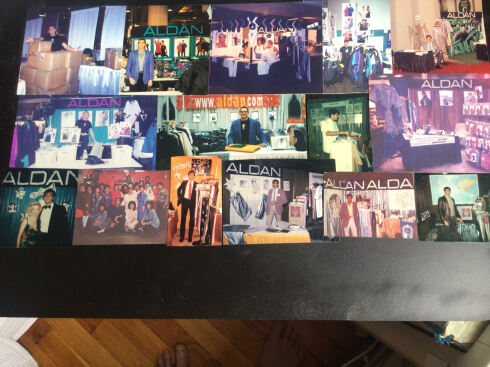 1988-1991 - During these years a bold strategy to bring Aldan International into a position of leadership uniting professional salon owners became a reality. In the heart of NYC I leased 5000sq.ft. of raw space that would turn a profit as an entertainment space for intimate events. I befriended a very talented designer, Frank Locurcio, to help execute my concept and keep it within my parameters.

Below is the exciting transformation of what became
ALDAN INTERNATIONAL HEADQUARTERS 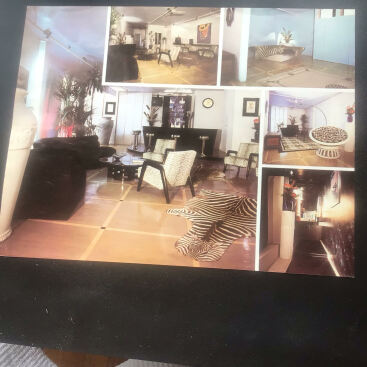 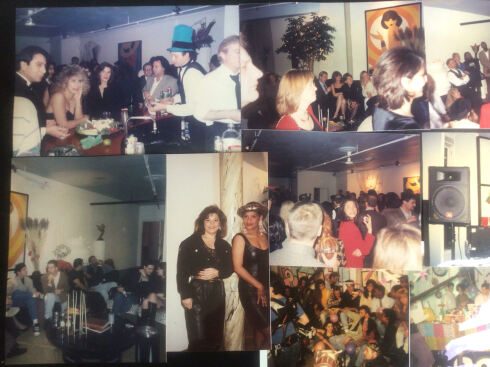 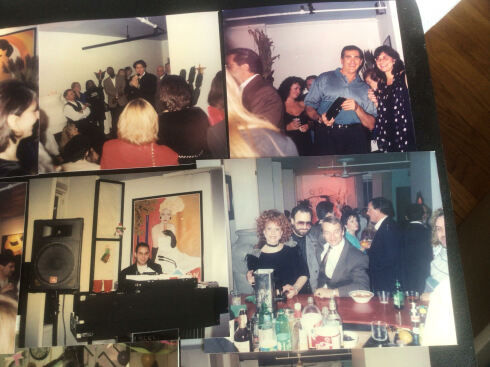 1998-2015 - After studying the market I noticed a void that Aldan could fulfill. As my factory became better equipped I began the development of what would become AldanâĂŹs interpretation of the âĂĲlittle black dressâĂİ and extend that concept into a well planed apron collection. I was one of the few Americans that attended European trade shows as I cultivated my instincts while a teacher there. Once I secured Centura ( the fabric of the new century) the âĂĲSexy SohoâĂİ was born. It became an instant success. Each year Aldan developed an additional apron design catering to all different figures and personalities. Our fabric proved indestructible becoming more supple after each washing. To complete the SOHO COLLECTION Aldan introduced the worlds first âĂĲsnap on-snap offâĂİ designâĂęThe Mini, The Chaps and the Half Block. 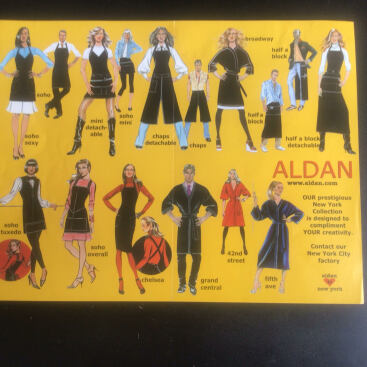 To learn more about Aldan International visit ...Our website... aldan.com